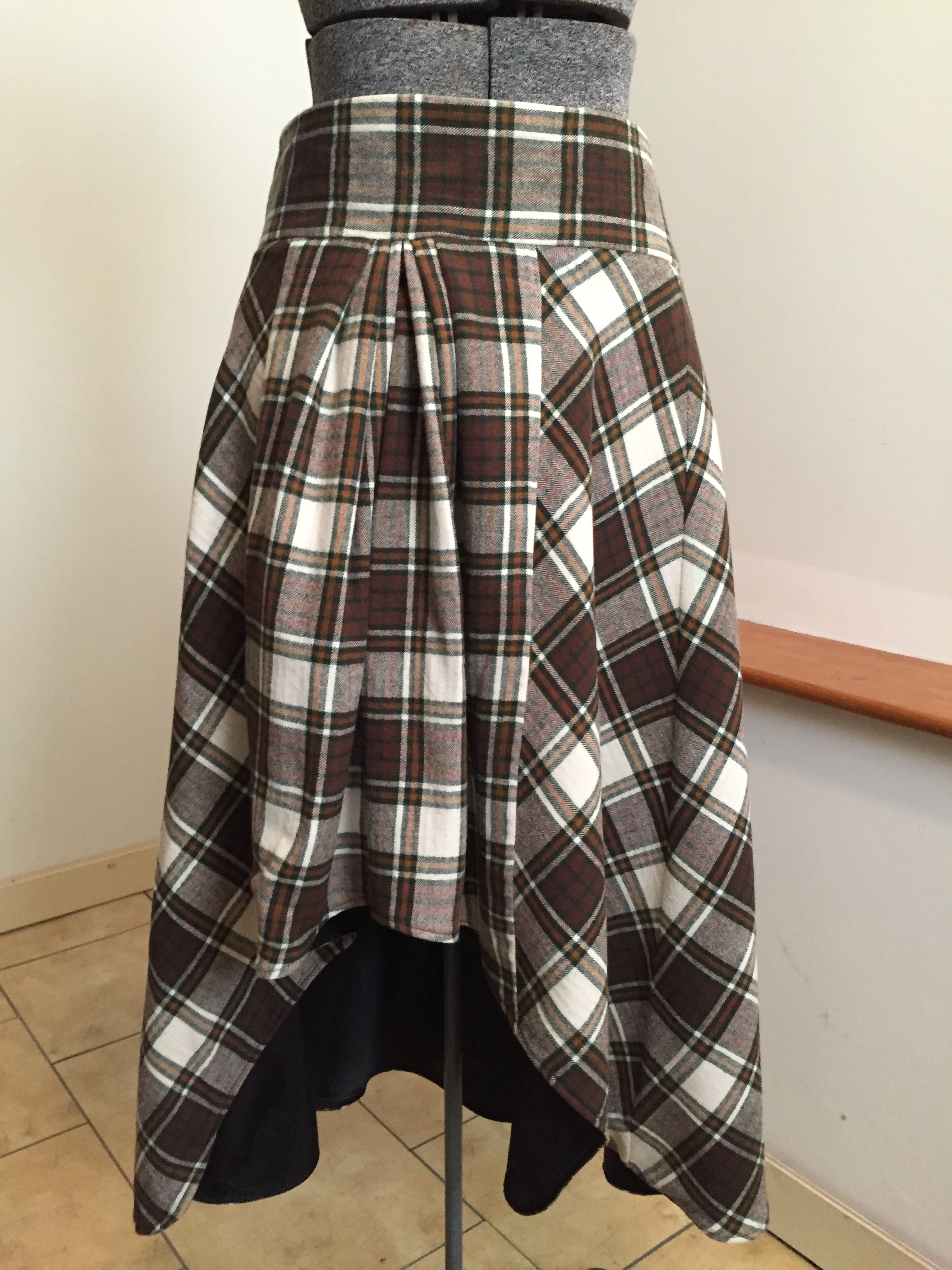 I have been reading Alexander McQueen Blood Beneath the Skin by Andrew Wilson.  McQueen was such a tragically brilliant soul.  His work is thought provoking and on the edge.  I decided to give one of his tartan skirts a go.  They are beautifully cut an like a puzzle.  The inspiration I gained from his magnificant work with plaids, really challenged my math and cutting skills. 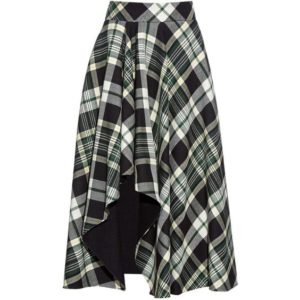 McQueen’s skirt is basically a high/low A-line bias cut skirt.  Sounds easy, right?  Not so much.  Without being able to examine the skirt in person, I needed to go with the photo as my inspiration.  I would never assume I could cut this the way McQueen did, but I think I embodied the spirit of his design.

Since I was fairly unsure of how this would work out, I used and inexpensive plaid flannel from Joanne’s and a lining I had in my stash.

I cut two skirt backs, one side at a time to ensure the plaid match.  I cut one front piece on the bias, one half at a time.  Next, I cut the front off-center and then removed a few inches from each side of the cut.  I purchased 3 yards of fabric, cutting on the bias requires a fairly large amount of fabric, so I had about a yard left to cut the center panel which needed to be pleated.  I’m sure McQueen cut this as one piece, and I might try to figure that out at another time.  Today, however, I cut the center panel on the grain, sewed it to the left and right front panels and then used a French Curve to connect the high to the low. 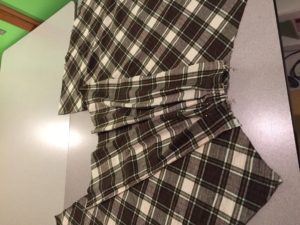 Matching the plaid at the side and back seams was easy because I took care with the cutting.  The bias cut gives the skirt a beautiful drape and makes it fun to wear.  It moves softly when you walk. 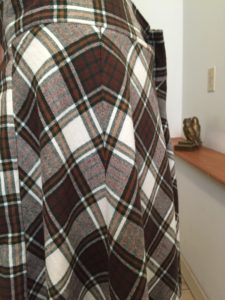 Once the front was assembled, I cut the lining as one piece for the front and two back pieces.  I connected the flannel front assembly to the back pieces,  The next step was to sew the flannel to the lining at the hem line.  They matched up pretty well, I under stiched and top stiched the hem to prevent rolling.  Since the fabric is fairly inexpensive and cut on the bias, I expect it will sag after a certain amount of time, but it’s not the kind of skirt you can wear every week for several years, so I’m okay with it. 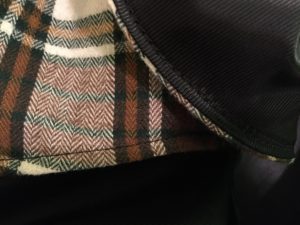 After the hem was finished I basted the lining to the skirt at the waist and worked out the pleats for the front panels.  I added 3 small pleats to give the front edge a quiet nod to a kilt.  Final steps were adding the waist band, back zip and a hook and eye. 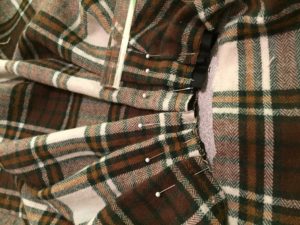 I’m pretty happy with this skirt, it’s a fun addition to my Fall wardrobe.  It looks sophisticated and contemporary. 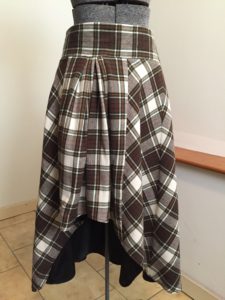 Find things you love and make them.